GPS - How did I live without it?

I purchased my first GPS about 18 months ago -- a Garmin Street Pilot 330. It changed my life. I was fairly new to my community and was forever getting lost. I spent $400 and felt it was worth every penny. Features seemed endless -- wherever I was I could find the closest ATM, Quiznos or Mobil station. The other feature I depended on was the estimated arrival time. When I was running late I would enter my destination, even if I knew how to get there, so that I could relax and slow down. The… Continue

Vacation with the Garmin

Our Garmin has prevented many arguments in the car and has become an essential item to take along with us on vacation. However, we would have been better off if we just left it at home when we went on our most recent vacation to Arizona. We landed into Phoenix very late leaving my family itching to tuck into the beds at our rental house an hour or two outside of the city. We got our rental car, punched in the address into the Garmin, and departed for the house which was located in a relatively… Continue Perhaps it's user error, perhaps it's asking the device to do too much. But in the past month my Garmin has failed me 3 our of 5 times. First time, I was heading to an address in Natick, MA. I plugged in the street adress and off I was. The first problem was that Garmin took me through a ridiculous set of back-roads during rush hour instead of the major high-ways. Easily added 25 minutes to my trip. The next problem was that Garmin did not tell me the same street had a "North" and "South"… Continue

The word Blackberry is now a part of everyday vocabulary. Even my grandmother knows not to start picking the bushes for fruit when “I can’t find my Blackberry!”. Just as this little device, small enough to fit in the back-pocket of the tightest pair of jeans, is an integral part of our speech it has also become an integral part of our lives. With phone, blue-tooth, a camera, e-mail, internet, and even GPS capabilities, when you lose your phone I think everyone has experienced that panicked… Continue

Are We There Yet? Navigation Devices Break Out and Drive Home in Droves

Navigation devices are having another break-out year. By all accounts, this consumer electronic product category hit the mainstream, with wide adoption by many different demographics. Thanks to competition and price cuts, aggressive advertising, and greater understanding and acceptance by consumers, global sales of personal navigation devices (PNDs) grew to over 29 million units in 2007 (ABI Research). It seems like nav devices are also popular gift ideas.

We had a chance to meet with…

HD on the road: Shoot from any angle 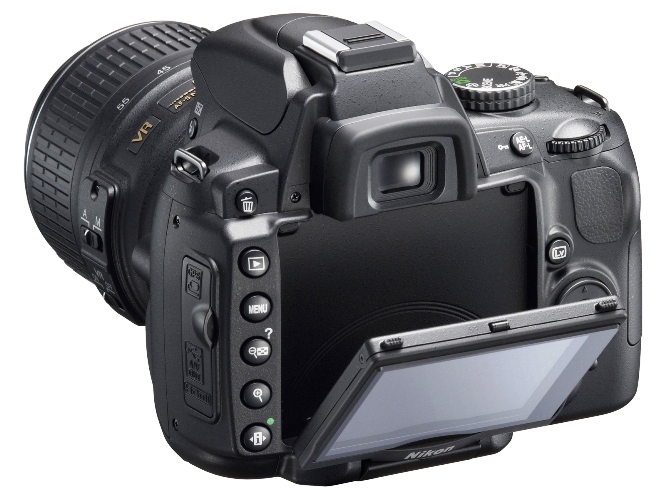 Nikon recently introduced their new version of DSLR HD video enabled camera, the D5000 with a swivel screen that rotates to get your best shot from any angle with a 18-55mm lens. Besides shooting the landscapes on the road, this quiet camera is perfect for museum visits, church interiors and local genre shots, unnoticed. This is a camera for the tech-savvy or the first time DSLR buy with lots of features not found on their previous versions, though… Continue

The Honeymoon is Over. Time to Look at Our Relationship with the Apple iPhone 3Gs Let’s face it, us technology people are a somewhat fickle bunch. We “oooh” and “aaaah” over our shiny new toys. We treat them better than most of our extended family. And then the moment a shinier newer toy is available, we grab it and then the cycle starts all over again.

Such is the case with our iPhone. We traded in that Edge model for the sexier new 3G. Once we grew tired of our slimmer & sexier phone, we were treated to the… Continue Today we begin a new series comparing some of the most sophisticated gadgets out there with some of the simplest. The goal is to find out what folks really want in their homes. Is it the most whiz-bang technology loaded up with features, or something commonsensical that we can use every day? Price is no limit. Sure, in the real world it is, but for the sake of this discussion we just want to know what you desire and what you would use if money… Continue

Keep Them Safe With Nu.M8 “Brian, where’s Caroline?” my wife asked on a bright summer’s day at the beach, searching for our two-year old in my wake as I returned from building sand castles with the small children in our extended family.

“I thought she came up here, she said she was too sandy,” I replied, now realizing I had been too caught up in the fun at the water’s edge to see her safely return to the shade under our umbrella. “Oh my God, that was ten minutes… Continue

The Garmin Nuvi 260W Navigation Device has been my first experience with a touch screen navigation system. All in all I would have to say my Garmin use has been almost entirely positive, and if I were a teacher I would give the product an A-. The positives far outweigh the negatives, and I would certainly consider the Garmin a good buy.

Some of the many great POSITIVE features include:

1) Tons of pre-loaded street maps that include destinations by type.
-This is… Continue

In the first of our "Tech Hi-Lo" series, the very sophisticated ETX-LS telescope from Meade beat out the simple but useful Touchless Trashcan by iTouchless Housewares Products in an informal Internet poll on our site, with 55% of 49 respondents choosing the fancier device over the… Continue

Trender Research is pleased to announce the winners of our first annual Trender Awards. At final count, almost 100 tech products and services were submitted for consideration by Trenders or the vendors themselves. From these candidates, we compiled a short-list of finalists that were announced last week.

The Trender Awards were created to honor… Continue

Updated on March 17, 2009 (I guess I feel lucky). Below is my updated BlackBerry Storm review. Most of my review has become more positive, but a few areas are still weak or worse. My new title should be "More Awesome Than Awful".

As I promised, I have now had a chance to set up and use my new BlackBerry Storm for a couple of weeks. Since one of my pet peeves is reviews that don’t go beyond the challenges of the initial box-opening… Continue