As you know I spent this past week shuttling from Boston to Orlando to San Francisco. Two days at TelcoTV, then on to the one-day NewTeeVee event (and then the red-eye flight back to Boston from which I write this blog). Below are my thoughts on the TelcoTV event (I will post a summary of NewTeeVee separately).

Overall the event was OK. More or less as I expected. The show was well organized, with a good conference schedule, and a fairly… Continue

In the latest edition of our IPTV/OTT podcast series, we talk to Anke Gill, Vice President of Marketing with Broadband Network Systems (BNS).

Click here for the full podcast player or use the mini-player on the right sidebar of this page.

Founded in 2003, BNS is an Asia-based IPTV integrator with… Continue

The legacy pay-TV services market can now be divided into two distinct groups. First, those regions where the market is fully saturated and customer churn is the primary activity. Second, the developing nations where local pay-TV providers can still find new customers willing and able to pay for their offerings.

According to the latest market study by ABI Research, the global pay-TV market added nearly 47 million new customers in 2012 -- reaching a total of 864 million…

As I noted in my earlier post, it was not all doom and gloom at TelcoTV last week. There were a few bright spots, all having to do with hybrid IPTV/OTT video solutions. Here are the highlights: 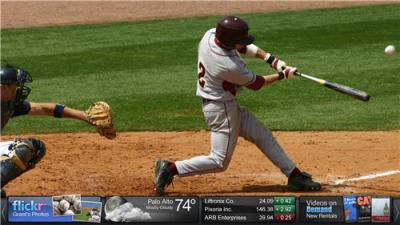 Today is Thanksgiving in the States. And, in addition to my family and friends, I am thankful for over-the-top video in all its varieties and monikers—Internet video, streaming video on demand, online TV, hybrid OTT/Pay TV, whatever you want to call it. Simply put— it’s exciting. It is fresh. It’s creative destruction. For an old telecom/IPTV salt like me, it’s welcome news.

For many of us, today is a day when we gather around the dinner… Continue In the latest in our podcast series on IPTV and over-the-top (OTT) video, we speak with Alex Limberis, COO of Syabas, otherwise known as “Popcorn Hour”. Alex knows a thing or two about digital media, as he was formerly the go-to guy driving Microsoft’s strategy for integrating Windows Media with just about every device that could fit it, including high-profile wins getting WM… Continue 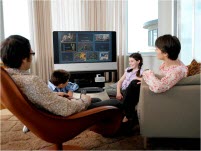 As we gear up for the 3rd OTT Executive Summit, June 17th in New York City (http://ottexec.com/), I will be sharing some informative material from speakers and sponsors to help us prepare for another exciting day of strategic discussions. …

Verizon FiOS and AT&T U-verse at IPTV Forum: Over the Top Video Threat is Overblown

I have been in New York City this week attending the IP&TV Forum North America event. Many of the major telcos and cable MSOs are here, including Verizon, AT&T, Cox, Comcast, SureWest, QWEST, Orange (France Telecom), and Rogers. Though skewed towards players in the Pay TV/IPTV realms, there is also a smattering of over-the-top video (OTT) devices and services including Sezmi, Popcorn Hour, BeeTV and… Continue

It seems like there is a growing trend for over-the-top video (OTT) hardware and software vendors to push for hybrid solutions that play nice with Pay TV, at least for IPTV telco and satellite service providers (sorry cable MSOs). In the past two weeks, we talked about Xbox and their deal with Sky for a hybrid Pay-TV/OTT solution and we did a… Continue

In my preparation for the barrage of meetings I have set up at CES to identify the trend-setting new devices and services driving the home of the future, I have also been speaking with some of the players that provide key infrastructure that makes many of the devices in your home tick. They will be the focus of an upcoming report aptly entitled "What Makes Your Stuff Tick"? that will highlight some of these enabling technologies. Many of these companies' products go unnoticed by the average… Continue

In a nod to the growing impact over-the-top (OTT) video is having on the Pay TV market, new standards bodies are emerging, with Europe leading the way. This is no surprise as Europe has for years been implementing various hybrid set-top-box (STB) solutions, leveraging a mix of IPTV, satellite, cable, and over-the-air (OTA) technologies depending on the competitive and regulatory environment in each country. For example, in the U.K free-to-air… Continue

Podcast: TVBLOB Aims to Put “Life Back In TV— the Web Way”

While working for one of the leading IPTV middleware providers (Espial), I saw how difficult it can be to implement the various manifestations of Internet and web-enabled IP set-top boxes being deployed in the market. The challenge has always been a lack of standards, and too many deployments that are specific to a set-top box manufacturer or service provider. This leads to many inefficiencies in terms of cost and time to build new boxes to meet the… Continue

The Evolution of OTT

IneoQuest [iQ] has been around for about 15 years. We spent the first eight…