I am happy to report that the 3rd OTT Executive Summit, June 17th in New York City (http://www.ottexec.com/), was a smashing success! Special thanks go out to Platinum sponsor SeaChange and Gold sponsors Ratio, Verizon Digital Media Services, Viaccess-Orca, Encompass, InterCall, and all of our other sponsors (http://www.ottexec.com/#sponsors) and media partners (…

What if you could predict how successful your next movie or TV show would be? Social Sentiment Analysis-- the new content crystal ball.

We have too much content. Movies are produced, millions spent, but many won’t survive much beyond their opening weekend. TV shows are made, pilots launched, but some are cancelled after just a few episodes. Meanwhile consumers complain there are too many channels, too many shows, but there is often “nothing on” that they want to watch. Why the disconnect?…

The last white paper I reviewed from Amazon Web Services-Elemental was among the best ever received. It generated 3-plus million potential impressions, thousands of views, hundreds of downloads, and very healthy social media engagement. So I didn’t hesitate to review the follow up paper— “A Practical Guide to AWS Media Services: Deploying cloud-based processing and delivery services for broadcast and Internet-delivered video"…

Technology, Media and Telecom Outlook for 2011

Informa Telecoms & Media recently revealed the top ten anticipated trends during 2011 -- for the telecoms and media sectors -- at its annual Industry Outlook event in
London, England.

"We have identified the key trends across our research areas that we
think will shape the converging global telecoms and media markets over
the next 12 months. In addition, our annual industry survey gave us some
insight into how the…

I currently live in a quiet town in Westchester County, NY in a single-family home. Having previously resided in Manhattan for close to 15 years, I live mostly in my bedroom and media room. I have varied devices in the room - LG HD TV, DVR, Wi-Fi router, Microsoft Surface book, iPad, iPhone and Apple Watch.  I tend to multi-task frequently so I am always using my iPhone, iPad, Apple Watch or laptop while…

With the close of Circuit City, Walmart and Best Buy are out to gain customers and market share in the consumer electronics market. Announced in the New York Times today, the retail battle is on with BestBuy announcing a partnership with TiVo, promoting a special version of DVR in Best Buy’s US stores in the US with Best Buy promoting to their customers TV’s on a special TiVo DVR and their Napster… Continue 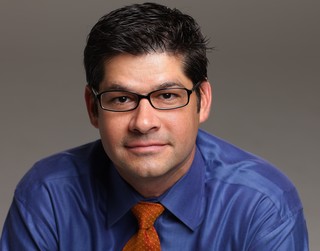 September 8, 2014. New York City. Endavo Media, a leading digital media distribution company that is reinventing consumer TV and premium over-the-top video services, announced that CEO Paul D Hamm will be a featured speaker at the Over-the-Top Video Executive Summit (www.OTTVideoSummit.com), to be held at the…

Boston, MA. March 4, 2014 — Sessions and speakers for the Over the Top Video Executive Summit (www.OTTVideoSummit.com), to be held at Boston’s Lenox Hotel on April 16, were announced today. The OTT Video Executive Summit brings together thought leaders in the TV and video streaming industries to discuss topics crucial to the…

Taking Control of The Program...

Today I feel so much pride in taking control of the programs I watch. I recall years earlier how I would have to rush home to catch my favorite shows, Family Feud, The Amazing Race, Under Cover Boss, The Real Housewives of Atlanta, or my favorite Spanish Telenovelas on Univision. I was always in a rush to watch  live programming because I can experience it with my friends and family and we could talk about it and be… I've been researching content deliver networks (CDNs) lately, including Ericsson UDN, AWS, Limelight Networks, and Akamai Technologies, trying to better understand the value-chain, costs, and ROI for video content delivery. But I keep coming back to quality assurance. For sure content is still king, but good content doesn't matter without good quality streaming. The questions is: how do you monitor and measure video…

Below are my stream of consciousness session notes from the NewTeeVee conference sessions, exhibits, and cocktail hour chats. I will leave it up to you to extract whatever pearls of wisdom you can find.

Xbox Live
• Marc Whitten, GM for Xbox Live, seems to really understand how important the interface is for OTT video. Most of us usually talk about the “lean forward” and “lean back” positions. Marc described those but also… Continue

If you are on Twitter, you may have noticed that today your screen looked different than it did yesterday. As is the norm these days with Web 2.0 sites, out of nowhere the user interface has been changed, and suddenly the screen that you have looked at daily has changed. Facebook and LinkedIn have had issues dealing with an angry demographic who opposed their recent changes, but I don't think that this will happen with Twitter. Why? Because Twitter added enough functionality… Continue

Amidst major policy reforms, industry luminaries and a focus group of everyday people are optimistic that technology can substantially reduce costs and improve patient care.